In Praise of Slowness

Or : Chillin' With Sammy Sloth

In my September 6th Launch Day post, I wrote of a need to find time for stillness to do a quality of life assessment of the life quality that we have in our lives and to think about what kind of quality that we desire. If you've already done this, you probably find that in some way or another, your life needs to
slow down a bit to avoid distractions, decrease stress and allow you to focus on your QOL goals.

There are many nice resources out there to assist with the slowing down process. I like the book of the same title as this post: "In Praise Of Slowness," by Carl Honore, a Canadian journalist based in London. He has a unique perspective due to his having lived in both North America and Europe.
Chapters in his book cover slowness in working, eating, leisure, sex, raising children and more!

Some of his sad facts about our Culture of Speed:

The good news is that help is already here in the form of some creative and fun groups that are working to take a slow is beautiful focus! The Japanese have started a Sloth Club which advocates less hurried, more environmentally friendly living. They are helping deceleration become hip in Japan. In Bra, Italy, a man named Carlo Petrini has started a group that has gone international as the antidote to fast food culture: Slow Food. He is sharing the notion that what we eat should be cultivated, cooked and consumed at a relaxed pace. And, believe it or not, with a sleep deprived world---adult napping is making a comeback(one of my favorite parts of being a parent!). We have a World Napping Organization and the Portuguese Association of Friends of the Siesta helping a mid-workday snooze become respectable. In the US, Yarde Metals has six factories where workers are encouraged to doze during breaks with special "nap rooms." I hope that these kind of things spread like wildfire with a little publicity and encouragement!!

Some links to great organizations to help with slowing down different aspects of life:

Please let us all know of other good ones that you find!!
Let the SLOW TIMES ROLL. 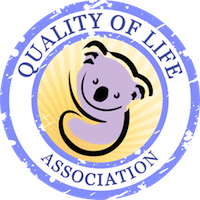 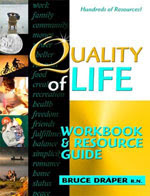